General Dwight D. Eisenhower said these words just one year after D-Day, June 6, 1944 – the event that turned the tide for the Allied Forces in World War II – during a stop in London, England, on his victory tour through Europe and the United States. He had witnessed the horrors of the most deadly conflict in human history and knew the reality of what victory meant for so many soldiers who never returned home.

Each year, the Eisenhower Foundation joins people throughout the world in commemorating D-Day and on this 77th anniversary, we are especially honored to unveil Ike’s Soldiers: A Virtual World War II Honor Roll for the Greatest Generation. A completely updated feature on our website, Ike’s Soldiers displays almost 1,000 World War II soldier profiles with plans to significantly expand this number in the coming year.

And that is where we need your help. One of our board members and his wife, John and Rosy Elmore, have issued a challenge – if we can raise $10,000 by the end of June, they will match it, dollar-for-dollar for Ike’s Soldiers.

These longtime Lawrence, Kansas, residents recognize the value of the Eisenhower legacy to both the state and the entire country. They believe having this wonderful resource is of great importance to help people from all over the world understand how decisions were made that impacted world events.

As a loyal Friend of the Eisenhower Foundation, will you send a tax-deductible gift by the end of June to help  us continue adding personal accounts of World War II heroes to Ike’s Soldiers? Your gift will be matched dollar-for-dollar, thanks to John and Rosy Elmore.

As you can imagine, this is an important project for our organization. In fact, the Eisenhower Foundation’s original purpose was to honor all World War II soldiers. Through fulfilling the mission of Ike’s Soldiers — to honor General Eisenhower’s legacy through the compelling stories of the soldiers he led and share them with the world — we continue to hold true to our founding principles that General Eisenhower himself established.

General Eisenhower believed in his troops like the Eisenhower Foundation believes in our Friends and Americans across this great nation. We hope that you share our commitment to honoring the legacy of General Dwight D. Eisenhower and all soldiers from World War II and you will make a gift on this 77th anniversary of D-Day — the invasion that ultimately secured freedom throughout the world.

Thank you so much for joining me in this important and historic cause. With your help, we will preserve the legacy of Dwight D. Eisenhower and the soldiers he led; true American heroes. 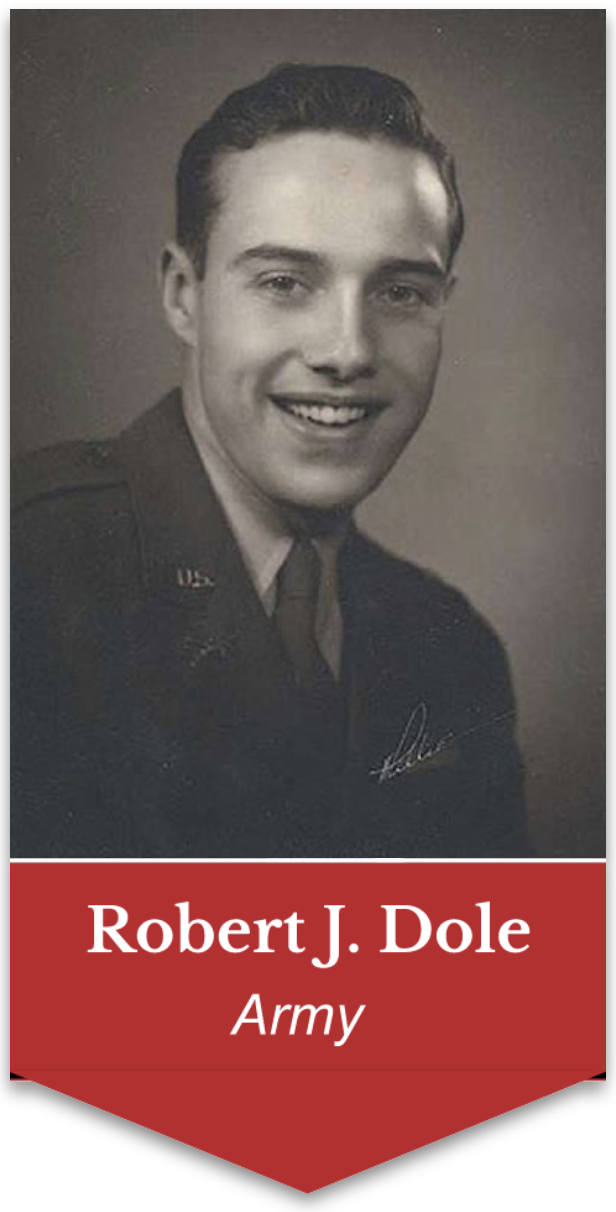 During his Ike's Soldiers interview, Dole stated, "Eisenhower was my hero."