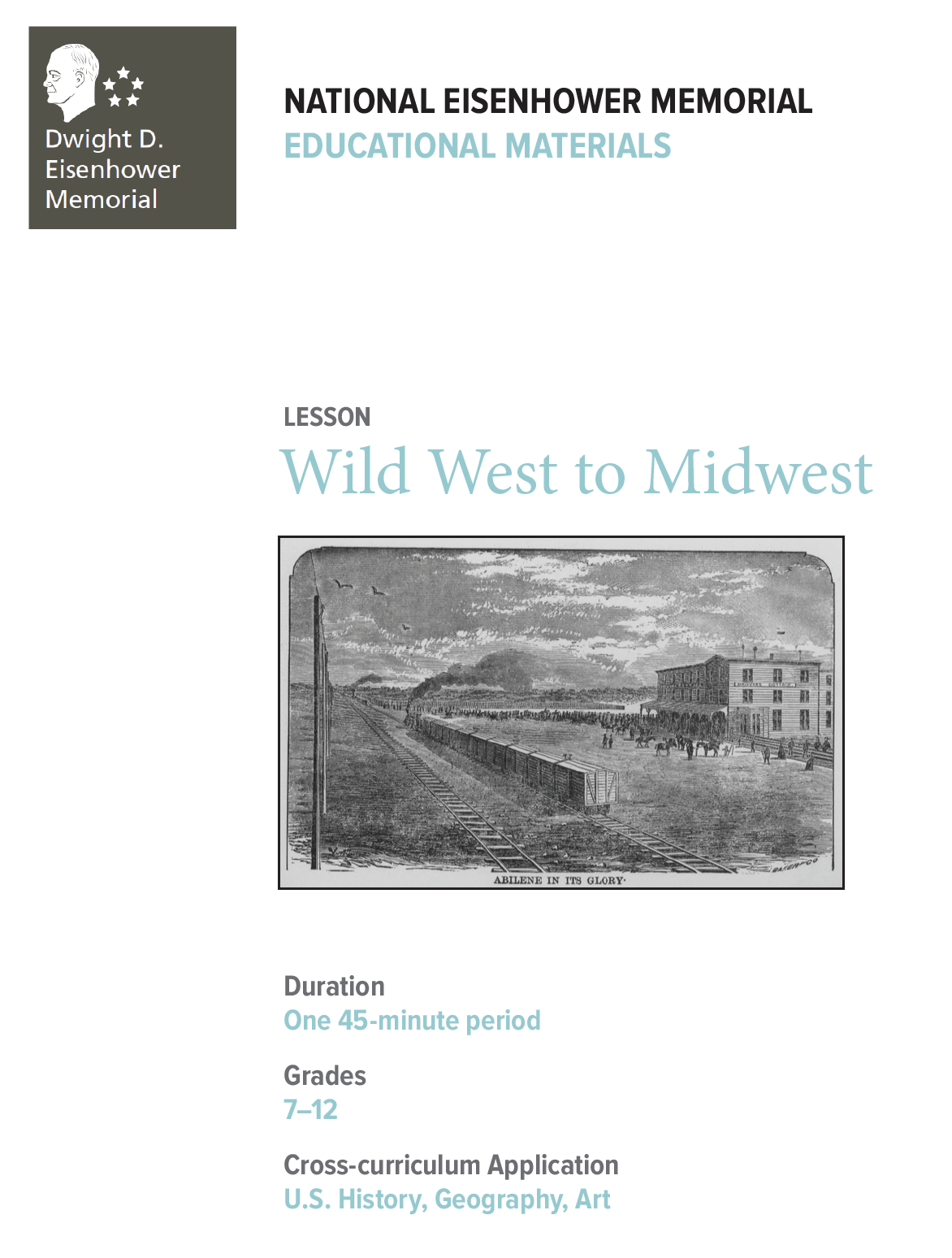 Students examine a variety of sources, including maps, photographs, and newspaper articles to learn about the historical context of Eisenhower’s boyhood home of Abilene, Kansas. How did Abilene become the kind of town that Eisenhower’s parents would choose for raising a family? How might growing up in the midwest have influenced Eisenhower? How does this transformation relate to the modernization of the United States that began during the late-19th century and accelerated in the early-20th century? How do these primary sources indicate change over time?

Using what they have learned from primary sources, students will create a poster (on paper or digitally) advertising the town of Abilene to a family such as the Eisenhowers with three small children. Students will develop a factual understanding of the past as well as demonstrate critical thinking in sourcing evidence and supporting an argument.