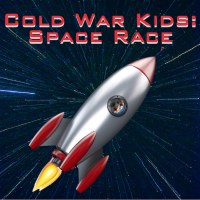 World War II and the Eisenhower Presidency saw huge advancements in science and technology, propelling the United States to become a global leader in a new scientific era. On September 2, 1958, Eisenhower signed into law the National Defense Education Act, which provided increased funding to math, science, engineering, and foreign languages to promote and improve America’s educational system. Known today as STEM (Science, Technology, Engineering, and Math), this field of education is critical to help the United States remain a world leader by creating critical thinkers, increasing science literacy, and enabling the next generation of innovators. IKEducation is proud to have recently launched two new STEM programs to support teachers’ efforts to equip their students with STEM skills.

History changed when the Soviet Union launched the Sputnik I satellite in 1957. That launch marked the start of the space race and ushered in new scientific developments, like the creation of NASA by President Eisenhower in 1958. In this program, middle school students examine primary sources, generate a timeline of key events, and test engineering skills as they create and launch a (soda straw) rocket.

Race for the Double Helix

A month after President Eisenhower was inaugurated, one of the most important discoveries in the scientific field occurred. The discovery of DNA's chemical structure — the double helix — by Francis Crick and James Watson altered molecular biology forever. In this program, high school students are introduced to scientists racing towards this discovery, as well as problem solving to recreate the structure of DNA just as Watson and Crick did.