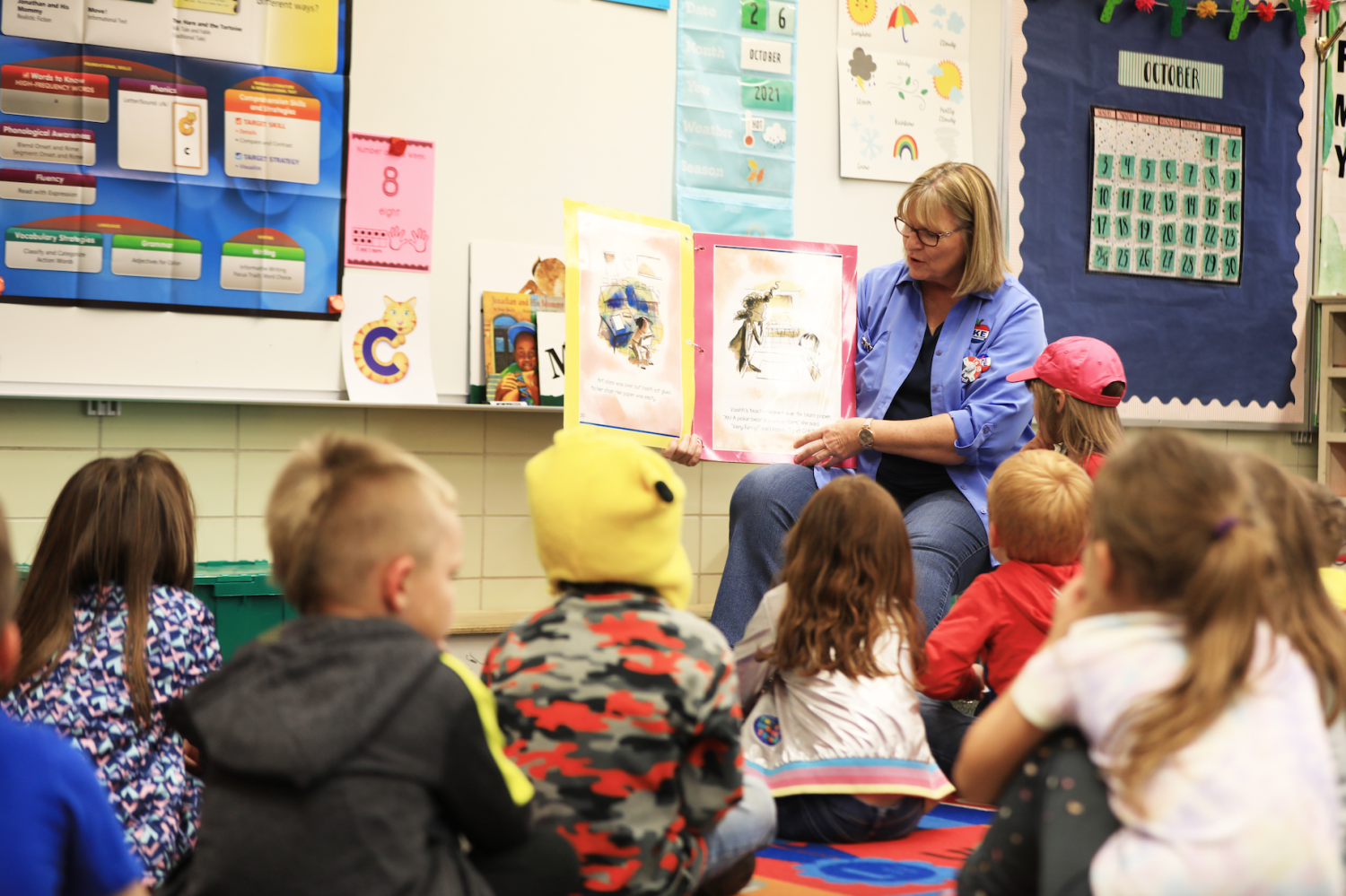 For our K-2 learners, IKEducation offers Little Ike Story Time. An experienced elementary IKEducator will visit your classroom in-person or virtually to read a book, play, sing, and create with your students for 45 - 60 minutes.

To set up a Little Ike Story Time, email mbgose@eisenhowerfoundation.net.

Toby doesn't like heights. That's why he always carries a parachute with him. His parachute makes him feel safe when he has to climb down from his bunk bed or when he's playing on the swings. But one day, Toby's cat gets stuck in a tree, and it's up to Toby to rescue him. With the help of his parachute, Toby reaches his cat and lower him safely to the ground. But now Toby is stuck in the tree, unless he can conquer his fears...

This compelling book, along with Matt Ottley's expressive illustrations, lends a sympathetic ear to children's fears while simultaneously assuring them that those fears can. be overcome. IKEducators will guide students through an engaging activity that discusses the fears and courage that Ike's soldiers faced in World War II and helps students identify their own "parachutes" of bravery.

The Eisenhower Era marked the beginning of the modern civil rights movement and a growing federal commitment to the cause of civil rights. In 1954, the Supreme Court declared that the doctrine of separate but equal schools was unconstitutional.  For years after the ruling, the South simply refused to integrate and in 1957, President Eisenhower ordered federal troops to enforce the desegregation of Little Rock Central High School. Integration was still an issue when, in 1960, six-year-old Ruby Bridges walked through an angry crowd and into a school where she changed history.

This is the true story of an extraordinary little girl who helped shape our country when she became the first African-American to attend an all-white school in New Orleans. This book and its correlating art activity connects students to the courage of a young girl who changed history, and explores the terms “equality,” “civil rights," and “justice for all.”

Scott Kelly was born for adventure. But exploring takes a lot of energy — and sleep is the super fuel to turbocharge dreams. Luckily, sleeping can be exciting if you're drifting off in the right place.  Scott has fallen asleep at the bottom of the ocean, in the cockpit of an F-14 fighter jet, in a yurt on Mount Everest, and of course in space!

Little Ike had many big dreams as a boy. As president, he was an advocate for space exploration, signing the creation of NASA into law and even sending the first human message from space to Earth! This book is a wonderful glimpse into the effects President Eisenhower’s actions had on the Kelly brothers’ lives.  After reading and discussing this wonderful book, students will be introduced to the phases of the moon and begin their own adventure.

In a rainbow-colored station wagon that smelled like a real car, the relatives came. When they arrived, they hugged and hugged from the kitchen to the front room. All summer they tended the garden and ate up all the strawberries and melons. They plucked banjos and strummed guitars. When they finally had to leave, they were sad, but not for long. They all knew they would be together next summer.

Today it is difficult to imagine our country without the Eisenhower Interstate Highway System. It was not until 1956, when President Eisenhower signed the Federal Aid Highway Act, that interstate highways began to meet the challenge of the growing number of automobiles on the nation’s highways. That growth spurred more growth that completely transformed America. Students will enjoy this book and the correlating roadway activity.

To set up a Little Ike Story Time, email mbgose@eisenhowerfoundation.net. 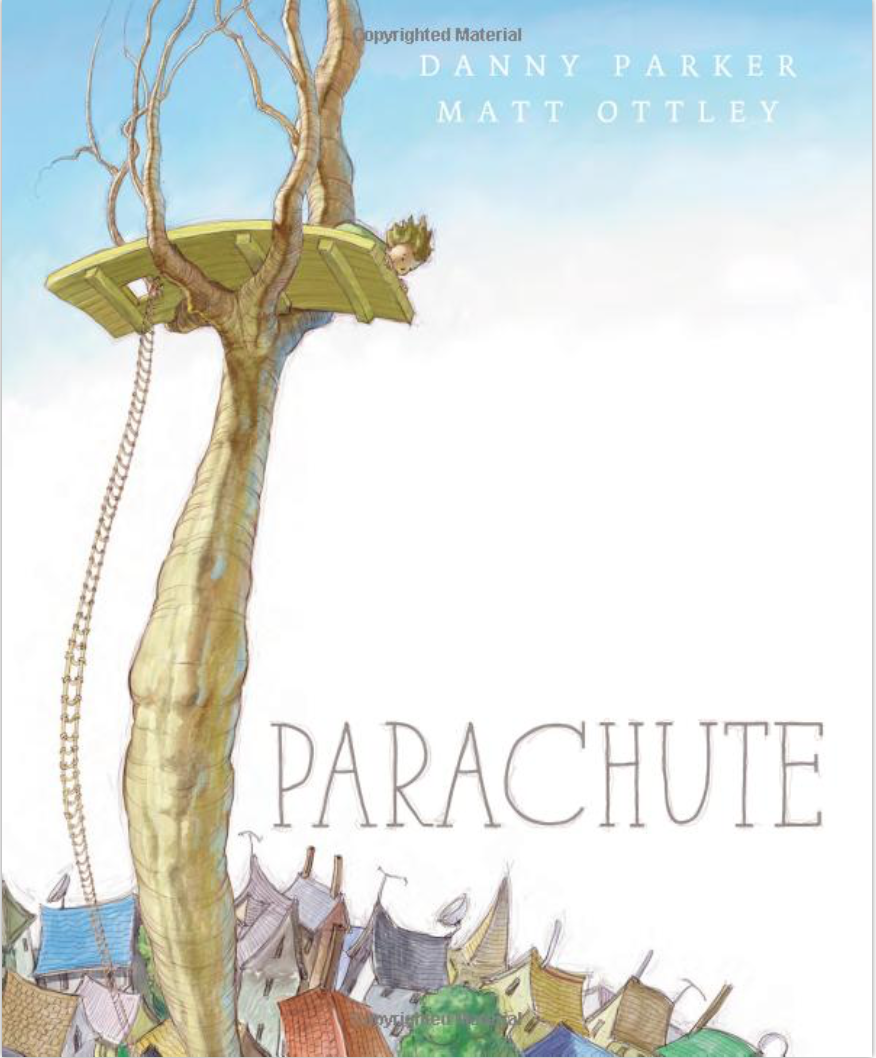 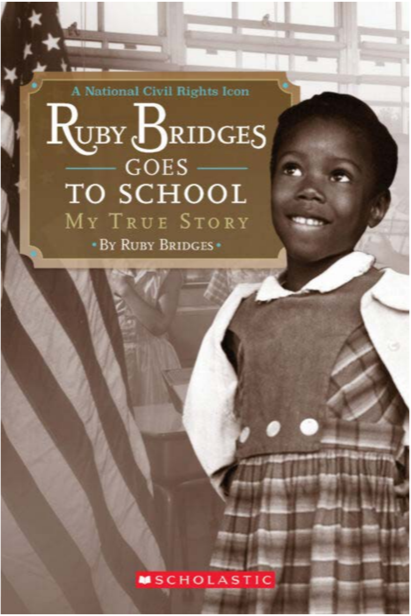 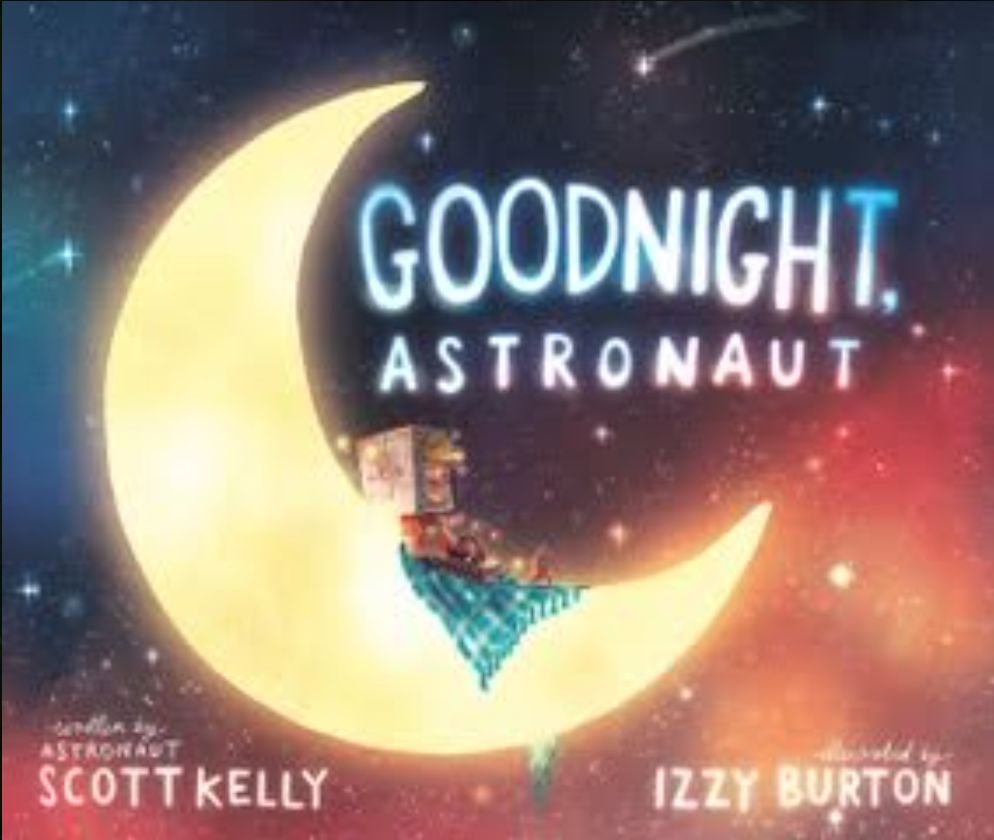 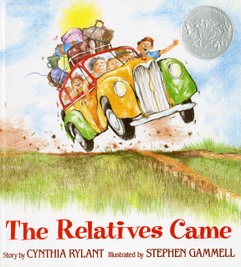 Questions? Please email us at mbgose@EisenhowerFoundation.Net